3D gaming has been a staple of the video game industry for several decades and continues to be a popular trend. Many of the latest and most popular games are built using 3D graphics, including first-person shooters, action-adventure games, and open-world games.

What is 3D Gaming?

3D gaming refers to the use of three-dimensional graphics and environments in video games, as opposed to 2D graphics. This allows for a more immersive and realistic experience for players, as they are able to interact with and explore virtual worlds in a more lifelike way. 3D gaming typically requires more powerful hardware than 2D gaming, and can also make use of additional technologies such as virtual reality (VR) and augmented reality (AR).

What are the Different Types of 3D Gaming?

There are several types of 3D gaming, each with their own unique characteristics and gameplay styles. Some examples include:

These games are played from the perspective of the player character and typically involve fast-paced action and a focus on combat. Examples include the Halo and Call of Duty series.

These games blend elements of action and adventure, often featuring a mix of combat, puzzle-solving, and exploration. Examples include the Uncharted and Assassin’s Creed series.

These games take place in large, open environments that players can freely explore. They often feature non-linear storylines and a wide range of activities for players to engage in. Examples include the Grand Theft Auto and The Elder Scrolls series.

These games simulate the experience of driving or piloting various vehicles and often feature realistic physics and detailed environments. Examples include the Forza Motorsport and Gran Turismo series.

These games are designed specifically to be played with a VR headset and allow players to fully immerse themselves in the game world and interact with it using specialized controllers or even their own body movements. Examples include Beat Saber and Half-Life: Alyx.

Is this the Best Time for Developing an 3D Game?

Yes, it depends on various factors such as the specific goals and target audience of the game, the resources and skills available to the developer, and the current market conditions.

The video game industry is a rapidly growing market, with global revenues to reach $196 billion in 2022. This means that there is a large and growing audience for 3D games, which can provide a potential revenue stream for developers.

The rise of digital distribution platforms and self-publishing models have made it easier for indie developers to enter the market, which means that there is more opportunities for smaller development teams to create 3D games.

The demand for immersive and realistic experiences is growing, and with the advancements in technology, 3D games are able to provide these experiences. This makes it an ideal time for 3D game development. virtual reality (VR) and cloud gaming, as well as the increasing power and capabilities of hardware and software, have made it easier and more cost-effective for developers to create high-quality 3D games.

There are a wide variety of platforms available for 3D game development, including PC, consoles, mobile devices, and VR headsets, which allows developers to reach a larger audience.

As AR VR technology becomes more advanced and accessible, it is likely that more developers will begin to create games specifically for AR & VR platforms. This could lead to an increase in the number of AR/VR games available and a wider variety of  experiences for players.

Advancements in AR technology could lead to more development of AR games, which blend the real world with the virtual world, using the player’s device camera or AR glasses to project a virtual world on the real world. This could bring a new level of immersion to the players.

2. Advancements in Game Streaming Technology & Increased Use of Cloud Gaming

Game streaming technology is expected to continue to improve, allowing players to stream and play high-quality 3D games on a wider range of devices, including low-end ones, without the need for powerful hardware or high-speed internet.

Cloud gaming allows players to run games on remote servers, rather than on their local devices, which can provide access to high-performance gaming on low-end hardware. This trend is expected to grow in the future, with more companies and platforms offering cloud gaming services.

Game developers will continue to use advanced techniques such as ray tracing and photogrammetry to create more realistic and lifelike in-game worlds. This will enable players to experience more immersive and visually stunning games.

Game subscription models are likely to grow in popularity as more companies offer them, this would allow players to access a library of games for a monthly or annual fee, rather than buying them individually.

3D gaming, with the advancements in technology, it has become easier and more cost-effective for developers to create high-quality 3D games. This allows for a more immersive and realistic experience for players, as they are able to interact with and explore virtual worlds in a more lifelike way.

It includes a wide variety of genres such as first-person shooters, action-adventure games, open-world games, racing games, sports games and more. It also includes the use of Virtual Reality (VR) and Augmented Reality (AR) that add a new level of immersion for the players.

3D gaming will continue to be a major part of the gaming industry, for years to come. 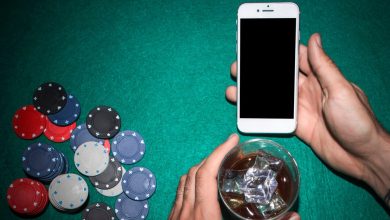 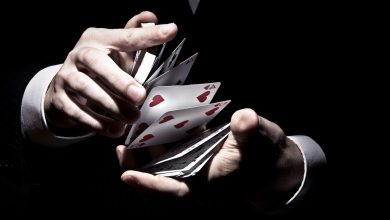 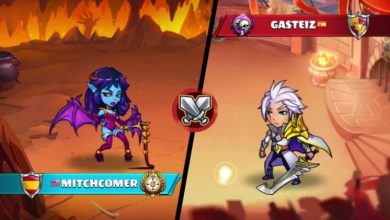 Cuntwars Guide – Everything You Need to Know 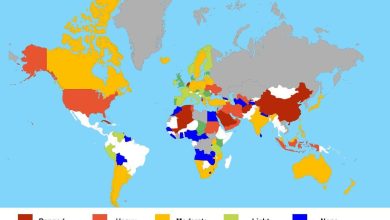